What is Fire Dancing? A Quick History 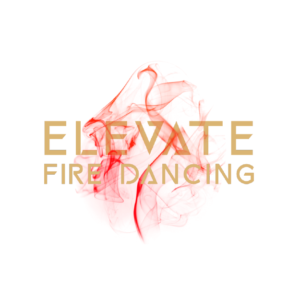 Fire Dancing has become a worldwide phenomenon in the past decade. This trend is now an increasingly popular type of entertainment across the globe and is only growing in popularity.

It’s not just seen as part of Hawaiian Luau and Cirque Du Solei nowadays; a variety of films, music videos, street performers, bars, weddings, and parties are a perfect example of this art. While many are unfamiliar with spinning torches of flames around their bodies, most people are accustomed to this routine.

So in this article, we give you a brief history of where it all started.

What is Fire Dancing?

The act of fire dancing, also called poi spinning, was first discovered at the time of New Zealand in the Maori’s wartime tradition. Tools for a war that included a sling and a stone made from animal hyde were utilized as weapons of choice. They could wrap the stone in the sling and then accurately throw it at their opponent.

Maori also employed this technique for hunting to kill the local game. Unlike other tribes, Maori women were proud to fight with their husbands.

As the war became less frequent and hunting with modern weapons became more common, the use of poi as an instrument of war waned. This way, dancing using poi as a traditional practice began to emerge. Women could dance, play, and show their talents during cultural events.

As Polynesian travelers traveled the oceans toward Hawaii, Hawaii, they also incorporated their customs and practices. Women would dance with poi during luau parties as part of their entertainment and Samoan Fire Knife dancing.

A Quick History Of Fire Dancing

At the beginning of the 20th century, the poi spinning advanced to be lit occasionally with fire. It was the result of the dance’s expansion to mainland America as well as the advancement of the technique itself. Contemporary fire dance was beginning to emerge.

Each type of modality comes with distinct methods and techniques needed to manipulate the tool to produce geometrical patterns highlighted by tracer tools for an outstanding result.

The modalities are not all created equal, but they utilize distinct skills. The moves and patterns are now called ‘Flow Arts in this new group of flame dancers.

Elevate Fire Dancing takes on the challenge of the combination of dance, acrobatics, and virtuoso dance as they spin, pass through, isolate, and throw the flaming objects across spaces and planes.

The fire dancing art develops, and so do its fans. The excitement and thrill of the fire-themed entertainment have won the hearts of many across the globe. So, we always provide safe entertainment with what we do best – through fire dancing. 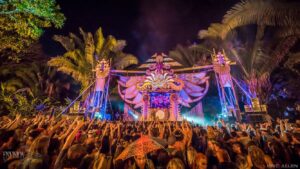 “HeLLaMaNa brought fire and class to Envision 2018! They were faced with significant challenges in getting to the event, but still showed up with smiles on their faces, and ready to perform (even having had to make some of their props on site). This group of powerful women showed off their stunning costumes, high-level technical fire spinning, and beautiful synchronized choreography that oozed feminine grace and power. A pleasure to work with, they held a professional manner while still expressing each of their unique and fun personalities. I would gladly hire these ladies again to represent their work at any event that I coordinate.”
-Cassie Drew 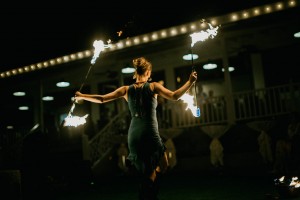 The action of fire dancing, known as poi spinning, actually began in New Zealand in the Maori’s war tradition. War tools that consisted of a rock and a sling made of animal hyde was used as a weapon of choice. They would wrap the rock into the sling and precisely hurl the rock at one’s opponent. The Maori’s also used this as a hunting technique to kill their local game. 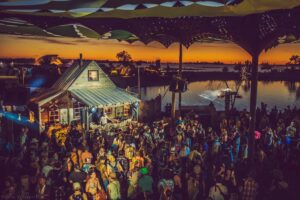 Packed with incredible talent Symbiosis is unparalleled in it’s efforts to create a unique experience that simulates the Burning Man community, but has an ease and comfort about it due to being on a massive incredible waterfront.